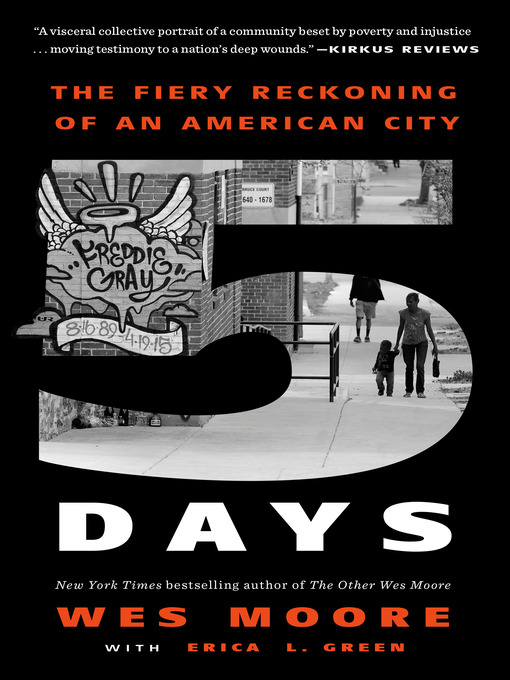 Sample
Five Days
The Fiery Reckoning of an American City

“An illuminating portrait of Baltimore in the aftermath of the April 2015 death of Freddie Gray . . . Readers will be enthralled by this propulsive account.”—Publishers...

“An illuminating portrait of Baltimore in the aftermath of the April 2015 death of Freddie Gray . . . Readers will be enthralled by this propulsive account.”—Publishers... 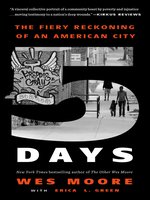 Five Days
The Fiery Reckoning of an American City
Wes Moore
A portion of your purchase goes to support your digital library.