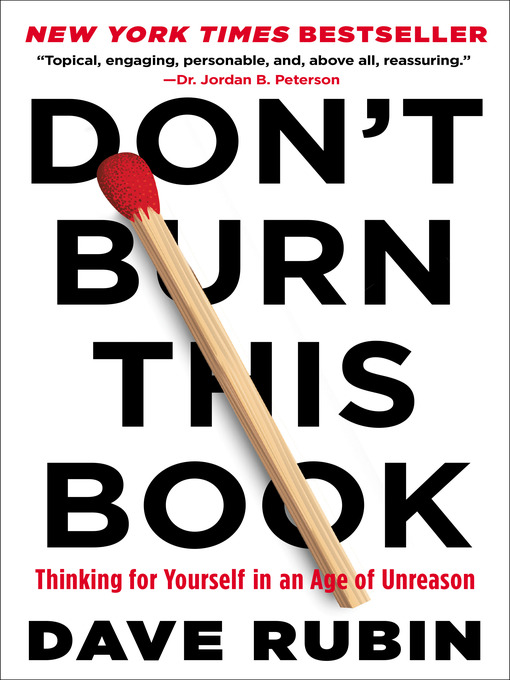 "Topical, engaging, personable, and above all, reassuring." -Dr. Jordan B. Peterson, author of 12 Rules for LifeFrom host of The Rubin Report, the most-watched talk show about free speech and big ideas...

"Topical, engaging, personable, and above all, reassuring." -Dr. Jordan B. Peterson, author of 12 Rules for LifeFrom host of The Rubin Report, the most-watched talk show about free speech and big ideas... 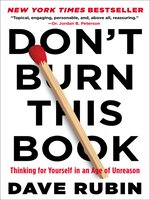 Don't Burn This Book
Thinking for Yourself in an Age of Unreason
Dave Rubin
A portion of your purchase goes to support your digital library.