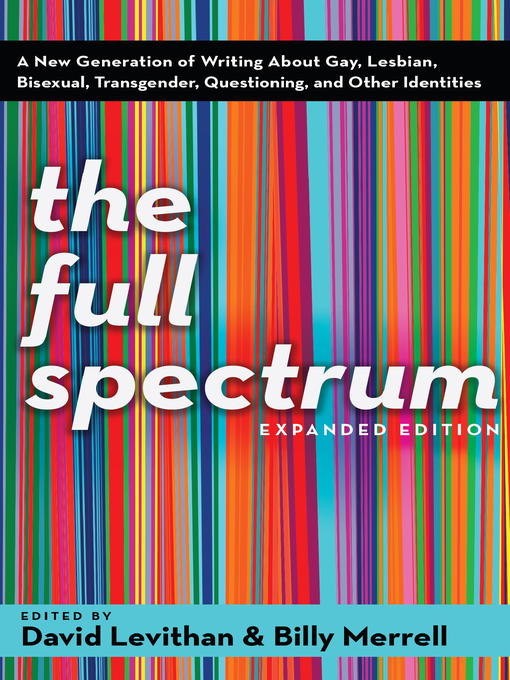 Sample
The Full Spectrum
A New Generation of Writing About Gay, Lesbian, Bisexual, Transgender, Questioning, and Other Identities

Teens are more aware of sexuality and identity than ever, and they’re looking for answers and insights, as well as a community of others. In order to help create that community, YA authors David...

Teens are more aware of sexuality and identity than ever, and they’re looking for answers and insights, as well as a community of others. In order to help create that community, YA authors David... 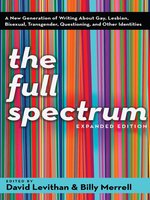 The Full Spectrum
A New Generation of Writing About Gay, Lesbian, Bisexual, Transgender, Questioning, and Other Identities
David Levithan
Privacy Policy
Thank you for your recommendation

The Full Spectrum
A New Generation of Writing About Gay, Lesbian, Bisexual, Transgender, Questioning, and Other Identities
David Levithan

The Full Spectrum
A New Generation of Writing About Gay, Lesbian, Bisexual, Transgender, Questioning, and Other Identities
David Levithan
A portion of your purchase goes to support your digital library.