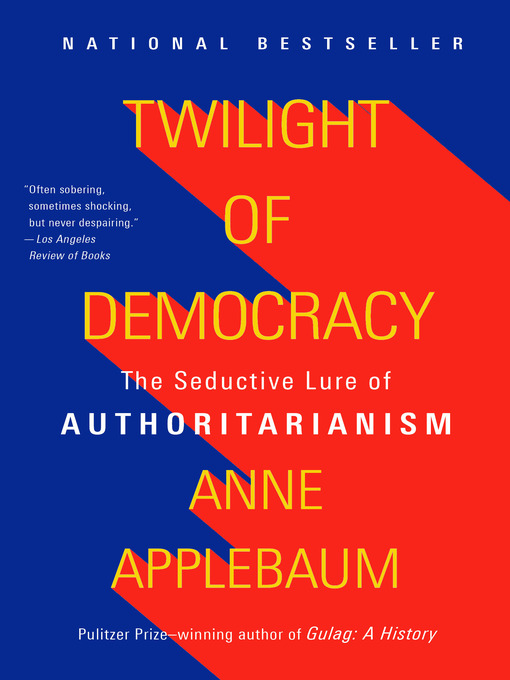 Sample
Twilight of Democracy
The Seductive Lure of Authoritarianism

NATIONAL BESTSELLER • "How did our democracy go wrong? This extraordinary document ... is Applebaum's answer." —Timothy Snyder, author of On TyrannyThe Pulitzer Prize–winning historian...

NATIONAL BESTSELLER • "How did our democracy go wrong? This extraordinary document ... is Applebaum's answer." —Timothy Snyder, author of On TyrannyThe Pulitzer Prize–winning historian... 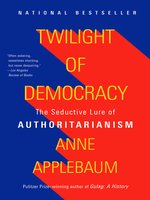 Twilight of Democracy
The Seductive Lure of Authoritarianism
Anne Applebaum

Twilight of Democracy
The Seductive Lure of Authoritarianism
Anne Applebaum
A portion of your purchase goes to support your digital library.