The Astonishing Color of After 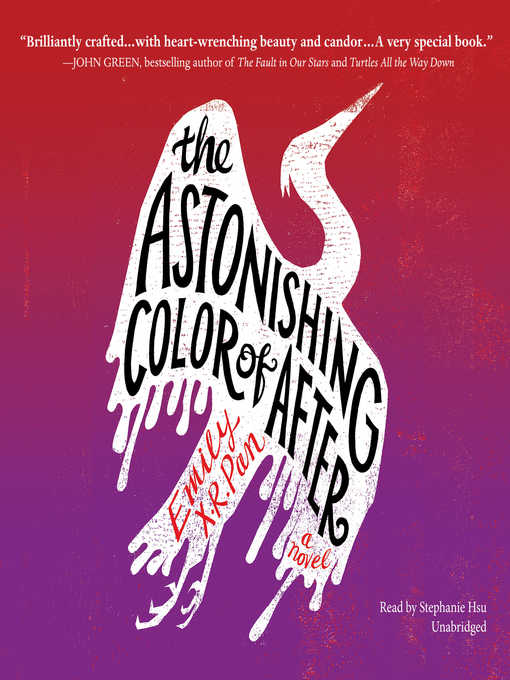 Sample
The Astonishing Color of After

A stunning, heartbreaking debut novel about grief, love, and family, perfect for fans of Jandy Nelson and Celeste Ng. Leigh Chen Sanders is absolutely certain about one thing: When her mother died by...

A stunning, heartbreaking debut novel about grief, love, and family, perfect for fans of Jandy Nelson and Celeste Ng. Leigh Chen Sanders is absolutely certain about one thing: When her mother died by... 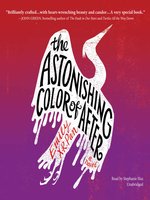 The Astonishing Color of After
Emily X.R. Pan

The Astonishing Color of After
Emily X.R. Pan
A portion of your purchase goes to support your digital library.