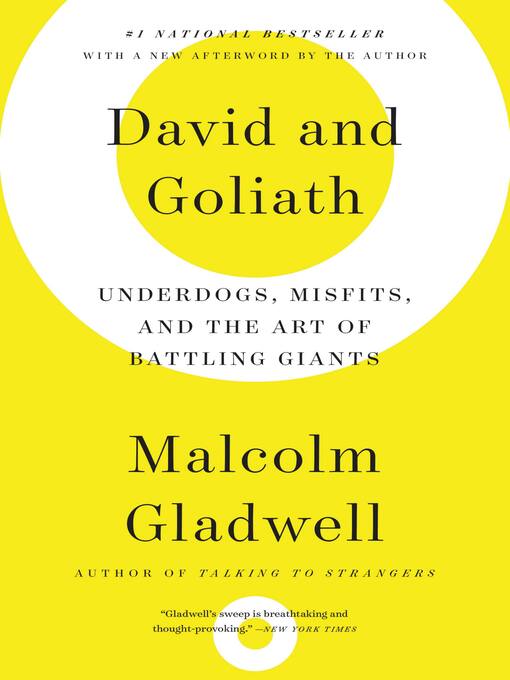 Sample
David and Goliath
Underdogs, Misfits, and the Art of Battling Giants

Explore the power of the underdog in Malcolm Gladwell's dazzling examination of success, motivation, and the role of adversity in shaping our lives, from the bestselling author of The Bomber...

Explore the power of the underdog in Malcolm Gladwell's dazzling examination of success, motivation, and the role of adversity in shaping our lives, from the bestselling author of The Bomber...

David and Goliath
Underdogs, Misfits, and the Art of Battling Giants
Malcolm Gladwell
Privacy Policy
Thank you for your recommendation

David and Goliath
Underdogs, Misfits, and the Art of Battling Giants
Malcolm Gladwell

David and Goliath
Underdogs, Misfits, and the Art of Battling Giants
Malcolm Gladwell
A portion of your purchase goes to support your digital library.