The Office of Historical Corrections 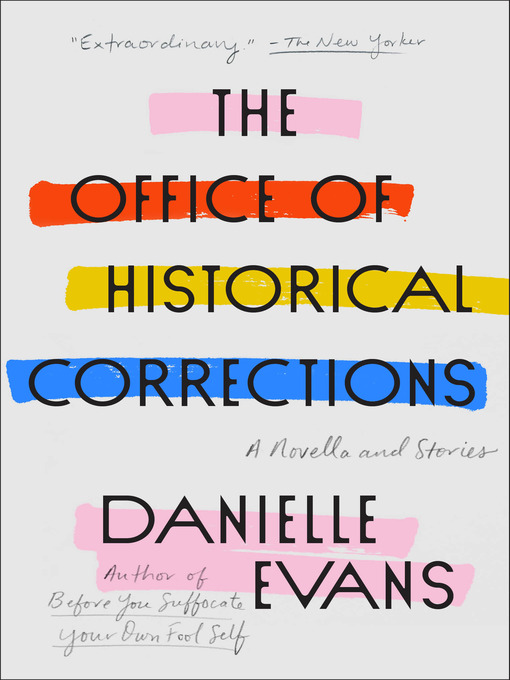 Sample
The Office of Historical Corrections
A Novella and Stories

WINNER OF THE 2021 JOYCE CAROL OATES PRIZE NAMED A BEST BOOK OF 2020 BY O MAGAZINE, THE NEW YORKER, THE WASHINGTON POST, REAL SIMPLE, THE GUARDIAN, AND MORE  FINALIST FOR: THE STORY PRIZE, THE...

WINNER OF THE 2021 JOYCE CAROL OATES PRIZE NAMED A BEST BOOK OF 2020 BY O MAGAZINE, THE NEW YORKER, THE WASHINGTON POST, REAL SIMPLE, THE GUARDIAN, AND MORE  FINALIST FOR: THE STORY PRIZE, THE... 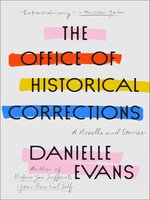 The Office of Historical Corrections
A Novella and Stories
Danielle Evans

The Office of Historical Corrections
A Novella and Stories
Danielle Evans
A portion of your purchase goes to support your digital library.